This is the official letter handed to Whitlam by Kerr in the Governor-General’s study at Yarralumla at approximately 1.00pm on Tuesday, November 11, 1975. 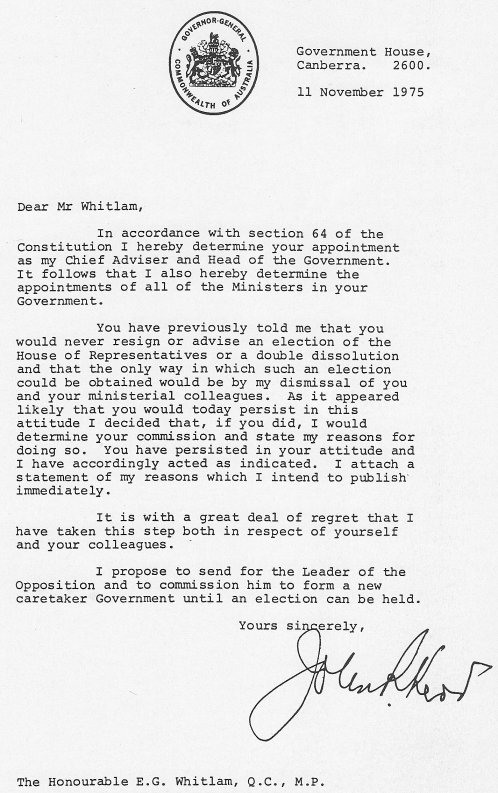 You have previously told me that you would never resign or advise an election of the House of Representatives or a double dissolution and that the only way in which such an election could be obtained would be by my dismissal of you and your ministerial colleagues. As it appeared likely that you would today persist in this attitude I decided that, if you did, I would determine your commission and state my reasons for doing so. You have persisted in your attitude and I have accordingly acted as indicated. I attach a statement of my reasons which I intend to publish immediately.

It is with a great deal of regret that I have taken this step both in respect of yourself and your colleagues.

I propose to send for the Leader of the Opposition and to commission him to form a new caretaker government until an election can be held.