Whitlam became Prime Minister on December 5, 1972. He and his deputy, Lance Barnard, governed as a duumvirate until December 19, 1972.

By this time, the election results were finalised and the ALP Caucus had met, in accordance with party rules, to elect the ministry. The following people were sworn into office on December 19, 1972. 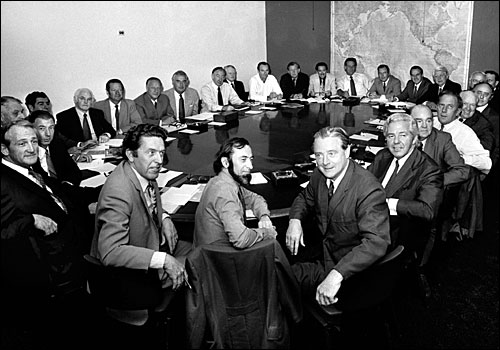